Twin Cities businessman Tom Petters, thrust into the spotlight earlier this week when his business and home were swarmed by federal agents, is the central figure in what authorities suspect is a multi-billion dollar fraud scheme that lured investors with empty promises, according to documents unsealed Friday in federal court.


In a sworn statement used to obtain nine search warrants, authorities said Petters used the capital raised through his equity company, Petters Co. Inc. (PCI), "for his other business ventures and to support his extravagant lifestyle."


Petters is chief executive of Petters Group Worldwide, with holdings that include Sun Country Airlines, Petters Warehouse Direct and Polaroid.
Click to expand...

Take some time and read through the first of nine affidavits released.....

The news article that stated Petters' company owned Sun Country got my attention. Don't know how much it will affect the day-to-day ops of Sun Country, if any. The baggage handler tossing bags at Sun Country is far removed from Petters, as are the rest of the employees.

Posted it for reading pleasure, nothing else.
7

I did not mean to focus this toward you - everyone should take a look at the affidavit - a lot of information.

no thats cool, I knew what you were saying

satpak77 said:
The baggage handler tossing bags at Sun Country is far removed from Petters, as are the rest of the employees.

Menzies was throwing the bags the last time I was in MSP.
Click to expand...

The airline is squeezed for cash but says it will reimburse deferred wages with interest in 2009.

Low on cash as it enters one of the slowest travel seasons of the year, Sun Country Airlines told workers on Monday it would cut their pay in half beginning next week and reimburse them in 2009.

What are the chances of paying their employees 50 percent now, then closing the doors before 2009? Squeeze every last penny out of your employees before shutting down.
A

I really hope you guys dont show up for work with that kind of deal.

How can Sun Country unilaterally impose that kind of pay cut? Besides being unethical, it doesn't make any legal contractual sense.

If they get away with it, we are ALL at risk.
Any man who afflicts the human race with ideas must be prepared to see them misunderstood. - H.L. Mencken
A

Where is the almighty ALPA?

I'd bet ALPA legal is already on the case.
Any man who afflicts the human race with ideas must be prepared to see them misunderstood. - H.L. Mencken

Nothing negative or nothing positive, just going to state what our CEO said in one of our local newspapers. "I will go ahead with the 50% deferral with or without the union's approval (ALPA, pilots. Teamsters, FA). I have a business to run." Again not trying to be negative or positive, just the facts so far.

The Flight Attendants have already met and told the company that the 10% paycut that has already been imposed is enough. ALPA and the pilots meet on Thursday evening (10/02/08).

This is a tough time for us at Sun Country and a very unusual turn of events with our Parent Company. We are between a rock and a hard place. Wish us luck!!
Last edited: Oct 1, 2008

schafjet said:
Nothing negative or nothing positive, just going to state what our CEO said in one of our local newspapers. "I will go ahead with the 50% deferral with or without the union's approval (ALPA, pilots. Teamsters, FA). I have a business to run."
Click to expand...

The only problem with that is you have a contract. Anc without going either to Bankruptcy Court or through the steps prescribed by the RLA, he can't just arbitrarily slash OR defer your wages.

And the Bankruptcy laws changed just after Delta's last trip through wonderland to preclude the abrogation of labor contracts.

Good luck to all Sun Country employees with this dork.
Any man who afflicts the human race with ideas must be prepared to see them misunderstood. - H.L. Mencken

Fubijaakr said:
The only problem with that is you have a contract. Anc without going either to Bankruptcy Court or through the steps prescribed by the RLA, he can't just arbitrarily slash OR defer your wages.

And the Bankruptcy laws changed just after Delta's last trip through wonderland to preclude the abrogation of labor contracts.

Good luck to all Sun Country employees with this dork.
Click to expand...

The rock and the hard place.... If we don't take the cut we are dead, especially now that SWA is coming to town in March. The other option, take the cut to live another day, but I still think not for long. I understand don't take the cut, don't bring this profession down any further. I love Sun Country, but it has taken it's toll on a lot of us.

Achievements: Establishing the John T. Petters Foundation and providing endowments at select universities, allowing Petters to take a tragic situation of losing his son and creating a positive experience for students around the country which he hopes will live on beyond his life and the life of his companies. Endowments at universities throughout the United States: College of St. Benedict, $5.3 million to create the Thomas J. Petters Center for Global Education; College of St. Benedict, $2 million for the Petters Auditorium; St. John�s University, $1.5 million for the Retreat Center; Miami University, $10 million to establish the John T. Petters Center for Leadership, Ethics and Skills development in the Richard T. Farmer School of Business; Miami University, $4 million to create the Jennifer Petters Chair in Asian Business; and Rollins, $12 million to create two new faculty chairs in International Business.
http://gprime.net/game.php/drunkwalk

Petters Co. founder Thomas Petters was arrested Friday on charges of mail and wire fraud, money laundering and obstructing justice, said federal prosecutors in Minnesota.
Mr. Petters, 51 years old, resigned Monday as chairman and chief executive of the Minnetonka, Minn., private holding company whose investments include Fingerhut, Polaroid and Sun Country Airlines.
Mr. Petters is at the center of what the Federal Bureau of Investigation alleges may have been a broad-reaching scheme that defrauded hedge funds in and outside the U.S. Those involved claim they lent money to Petters Co. to finance sales of electronic goods to discount retailers, which Mr. Petters used to enrich himself and pay off other lenders. 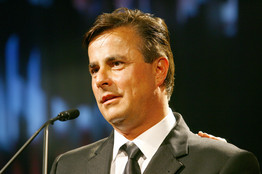 Mr. Petters hasn't been indicted or arraigned, said his lawyer, Jon Hopeman. A bail hearing is set for Tuesday, and Mr. Hopeman said prosecutors want to detain Mr. Petters without bail even though Mr. Petters surrendered his passport Monday. "I'm going to fight to get him out," said Mr. Hopeman.
Petters Group Worldwide, a global holding company that is invested in Petters, Friday said the firm and its employees "are committed to preserving the assets." "Those of us who have worked with Tom Petters" are "shocked by the events which have transpired during the last two weeks," Petters Group said.
In a Sept. 19 affidavit filed in federal district court in Minnesota, FBI Special Agent Timothy Bisswurm said more than 20 investors and investment groups may have been bilked of "substantially more" than $100 million through investments in Petters Co. Losses claimed by funds that say they were affected could top $2 billion.
According to the affidavit, a "cooperating witness" approached the government with incriminating evidence that Mr. Petters deceived investors with phony documents showing the company was selling merchandise to Sam's Club, BJ's Wholesale Club and other retail outlets. The affidavit said that the deals were pure fiction and that Mr. Petters used investors' money to support other businesses and an "extravagant" lifestyle.
Gottex Fund Management of Switzerland may have losses from investments it made in hedge funds that provided financing for transactions involving Petters Co., the company said Friday. Potential losses represent less than 4% of total assets under management and less than 2.5% of gross assets for Gottex's market neutral funds, the company said.
Interlachen Harriet Investments Ltd., a Cayman Islands hedge fund, filed a civil suit in federal court in Minnesota Tuesday claiming it was defrauded by Petters Co. and unnamed "John and Jane Does" on a $60 million loan.
Lancelot Investment Management of Northbrook, Ill., Thursday said it also appears to have been victimized by fraud at Petters and will cooperate with authorities investigating the matter.
Acorn Capital Group, a Greenwich, Conn., hedge fund, filed a breach of contract lawsuit against Mr. Petters in August, saying he had defaulted on about $273 million of loans.
Write to Judith Burns at judith.burns@dowjones.com

Copyright 2008 Dow Jones & Company, Inc. All Rights Reserved
This copy is for your personal, non-commercial use only. Distribution and use of this material are governed by our Subscriber Agreement and by copyright law. For non-personal use or to order multiple copies, please contact Dow Jones Reprints at 1-800-843-0008 or visit
www.djreprints.com

Sun Country Tells Workers It May Shut Down Dec. 1
2

Sun Country to halve pay for the rest of 2008