Plan could ignite fare wars between discount carriers at Logan 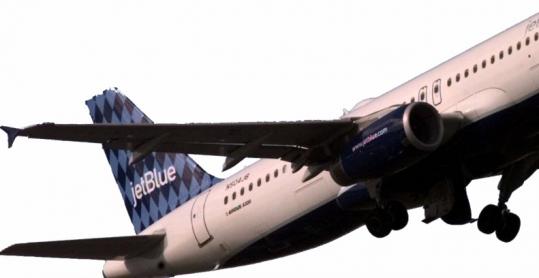 A lower-fare battle is beginning.

Southwest Airlines earlier this month said it would launch service from Boston to Chicago Midway Airport and to Baltimore on Aug. 16.

JetBlue, which already has six daily nonstop flights between Boston and Washington Dulles International Airport, will offer four daily flights to Baltimore. Introductory prices will start at $39 for one-way fares purchased before May 4. Southwest said it will offer introductory fares as low as $89 one-way for Chicago and $49 one-way for Baltimore.

"JetBlue's in the business of giving customers more than the other guys, so today we are pleased to announce even more flights to the Washington area," said Scott Laurence, JetBlue vice president of network planning.

The new flights are good news for Boston travelers. When Southwest, which carries more passengers than any other US airline, enters a market, it tends to ratchet up pressure on rivals, driving down prices.

This may be particularly true at Logan, as it is not dominated by any single airline and already offers service from a number of other lower-fare carriers, including Virgin America, AirTran Airways, and Spirit Airlines.

"This move by JetBlue suggests that things will be much sweeter for the people in Boston," said Rick Seaney, chief executive of Farecompare.com, a website that tracks airline fares and trends.

Daniel M. Kasper, managing director of Cambridge aviation consulting firm LECG LLC, said yesterday that JetBlue's move is atypical of the so-called Southwest effect, in which "Southwest moves into a market and the legacy carriers cut their prices. This battle of discount carrier vs. discount carrier is a bit more unusual," he said.

But the move is in line with JetBlue's Boston strategy. The airline said in October that Boston was one of the three most important cities in its growth strategy, which focuses on luring more business travelers and charter flights for companies and teams. It also said it would increase its Logan operations this year.

"Baltimore will be our 32nd city from Boston," said Sebastian White, a company spokesman, in a statement. "And in a nod to the growing importance of Boston, it will be a city served only from Boston."

To be sure, the decision to start service to Baltimore is strategic, coming little more than a week after Southwest detailed its plans for service from Logan, with five daily nonstop flights each to Chicago Midway and Baltimore, two of the most popular of the carrier's focus cities.

JetBlue already offered direct daily service to O'Hare International Airport in Chicago, but not to Baltimore.

"This is part of a bigger strategy involving Boston. We want to focus on the biggest destinations of the markets that matter most to us," he said.

Meanwhile, airline analysts said they were puzzled by the move. Kasper said that he expects JetBlue to encounter heavy competition on the new route on both ends.

"I'm surprised, really surprised. Southwest and AirTran are already going at it hammer and tongs in Baltimore," he said. "Why would JetBlue want to leap into the middle of that?"

"Definitely a move that makes you go 'Huh?' unless it is part of a larger strategy to serve Baltimore. For example, I could see JetBlue eventually flying from BWI to West Coast cities," Harteveldt said in an e-mail. "And there's definitely a bit of 'Take that!' aimed at Southwest for entering Logan."

Southwest, on the other hand, said it was not surprised. "We knew when we entered Logan that we wouldn't be the only low-fare carrier there or entering there," said Paul Flaningan, a spokesman. "But we welcome the competition. We're very confident in the value of our no-hidden-fees guarantee and high-quality customer service."

Paul S. Makishima can be reached at makishima@globe.com.

© Copyright 2009 Globe Newspaper Company.
And the truth shall set you free.

Southwest announced it would end service to CAK in June